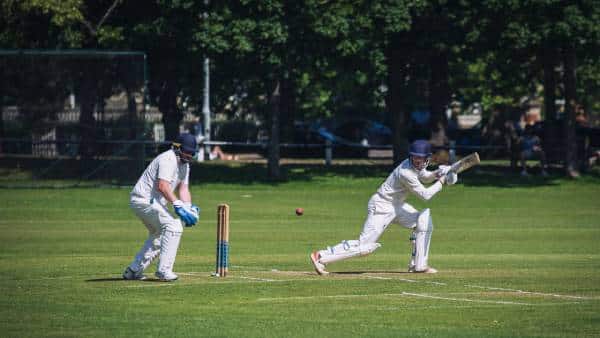 Top 10 Famous Indian Cricket Players: Cricket is one of the most popular and watched games over the world. In India cricket is not just a game but rather an event that brings a sense of celebration all across the nation. India has the distinction of producing some of the best cricketers of all time. There are some of the most famous Indian cricket players including Sachin Tendulkar, Virat Kohli, Mahendra Singh Dhoni, Dinesh Karthik and Amjad Khan. Are you thinking who are the most popular cricketer in India? – Well, check out the list of Top 10 Famous Indian Cricket Players and learn more about their journey.

Here is the list below of top 10 Indian cricketers –

Virat Kohli, counted amongst world’s best batsmen, is the former captain of Indian national cricket team. This Indian International Cricketer was born on 5th November 1988 in New Delhi, India. He is considered one of the most successful Indian Test captain till date. Under his captaincy, Indian cricket rose to great heights. He brought glory to India in the U-19 World Cup series held in Kuala Lumpur in early 2008 by leading the team with his impeccable skill and dedication. He has a huge fan following in the social media platforms.

Sachin Ramesh Tendulkar was born on 24th April in 1973, Mumbai, Maharashtra, India. He is often called as the God of Cricket in India. He stands second in the list of famous Indian Cricket Players. Sachin Tendulkar is considered one of the greatest batsmen of all time and the most humble, disciplined, and non-scandalous cricketer. The master blaster Sachin Tendulkar holds the record for hundreds in tests and ODIs. In 2012, Sachin became the first cricketer to score 100 international centuries.

M. S. Dhoni is one of the most famous Indian cricket player and the former Indian international cricketer was born on 7th July 1981. M. S. Dhoni captained the Indian national team from 2007 to 2016. He is a right-handed middle-order batsman and an outstanding wicket keeper. He is widely known for his signature helicopter shot. He is the second Indian captain to lead India to the most coveted World Cup trophy after 28 years. He has a huge fan following in the social media platforms.

Yuvraj Singh was born on 12th December 1981, Chandigarh, India is an Indian retired cricket player who was famous for his exceptional fielding abilities and aggressive stroke play. He helped India win the World-Cup in 2011 with all-round abilities. He is considered one of the most famous Indian cricket players. He hit six sixes in an over in the T20 match against England in 2007.

Sunil Gavaskar is an Indian former professional cricket player who was born on 10th July 1949, Mumbai, India. He was the fearless batsman of his era. He was the first Indian cricket player who score over 10,000 runs in Test cricket. He was represented the national team during the 1970s and 1980s. He also set many world records and held the record for most Test centuries for nearly 20 years.

READ ALSO:- Top 10 Best Presidents Of USA Of All Time

Kapil Dev is a former Indian all-rounder, born on 6 January 1959, who led India to its first Cricket World Cup victory in 1983. He is listed among the famous Indian cricket players who started his career at the age of 16, playing for Haryana. He was the first Indian cricketer who won the Wisden’s Indian Cricketer of the Century award for becoming the first cricketer to take 400 wickets and score 5,000 runs in Test matches. He was the first Indian captain to lead India to the most prestigious World Cup trophy in 1983.

Virender Sehwag is one of the most entertaining, famous Indian cricketers who was born on 20th October 1978. He has millions of fan following in the social media platforms like- Instagram, Twitter, etc.  He always gave an aggressive opening to the match. He was made highest score 300 and 250 runs in test cricket, which was also the fastest triple century in the history of international cricket (reached 300 off only 278 balls),  the fastest 250 by any batsman.

Shikhar Dhawan is another name in the Indian cricket team who was born on 5th December 1985, Delhi. He helped India to win their second ICC Champions Trophy in 2013. He was the highest run-scorer in the tournament. He also has been an important player in the Indian Premier League (IPL).

Rohit Sharma was born on 30th April in 1987, Nagpur, one of the most famous and successful Indian cricket players. This right-handed batsman is also the vice-captain in the limited-overs format. Also he is the first player with two ODI double centuries. He is WWF-India’s Rhino Ambassador and works for PETA’s campaigns for street animals.