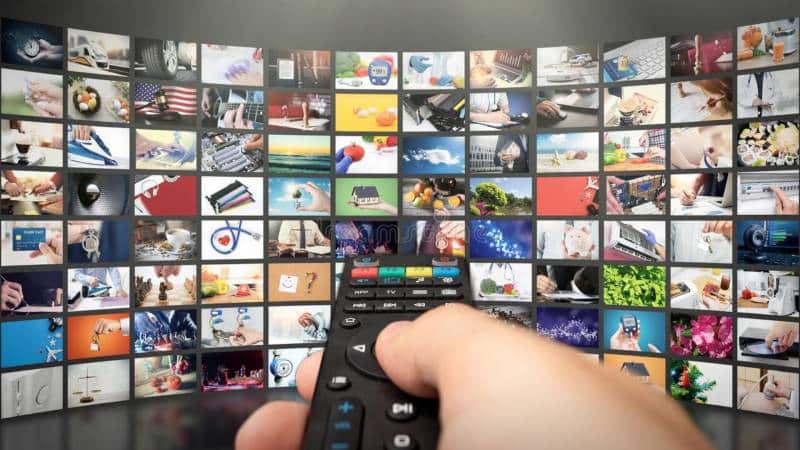 Top 10 Most Popular OTT Platforms in India 2022: Since the last few years the OTT platforms or Over The Top Media Services have become quite popular in India. OTT is a platform where people can stream videos via the internet. Due to the Covid-19 pandemic situation, many filmmakers are now releasing their movies on the top OTT platforms like Netflix, Amazon Prime, Hotstar, etc. Today, in this article we are going to share the Top 10 Most Popular OTT Platforms in India.

What is an OTT Platform?

An OTT platform or Over The Top Media Services is a streaming platform that enables the users to deliver video on any internet-connected device. These platforms allow users to deliver & monetize videos without any third-party platforms. These platforms are highly popular for their high-quality video streaming services. There is some popular OTT platform such as Disney+Hotstar, Amazon Prime, Netflix, Jio Cinema, etc.

2. Jio Cinema:- Jio is an Indian platform offered by Reliance Industry that was launched on 5th September 2016. Jio Cinema is an exclusive platform for Jio users as it is a bundle of all Jio’s prepaid and postpaid plans. This platform publishes Movies, Tv Shows and, Jio Exclusives. This platform supports both the web and mobile versions.

3. Netflix:- Netflix is one of the largest OTT platforms in the world that was founded by Reed Hastings, Marc Randolph on 29 August 1997. Among the top 10 Popular OTT platforms in India, Netflix is one of the best ones for its media content such as movies, TV shows, songs, and more. All Netflix users can stream these media content directly from their smartphone, tablet, PC, and laptop. Netflix offers four types of subscription plans in India.

5. Sony LIV:- Sony LIV, owned by Sony Pictures Networks India Pvt Limited, is an Indian entertainment, video-on-demand service provider. Sony LIV has 18 years of content from Sony Entertainment channels like Sony Sub, Sony Max, Sony Six, Sony Tv, etc. There are three subscription plans – Rs.299 for one month, Rs.699 for six months, and Rs.999 for one year. There are also two special plans that make Sony LIV one of the top 10 OTT platforms in India. These plans are LIV Special at Rs.199 and LIV Special+ at Rs.399 per year.

7. ZEE5:- Among the top 10 OTT platforms in India, ZEE5 is one of them that was launched on 14th February 2018 in India. Recently, ZEE5 announced the launch of the “ZEE Club” at Rs.365 per year, which enables you to access the most popular shows before the telecast on TV. With the ZEE5 Club plan, you can enjoy popular Tv Shows without any ads. Also, you can access 1000+ blockbuster movies, 90+ live Tv channels, and Zee Zindagi shows.

8. HoiChoi:- HoiChoi,  a Bengali OTT platform based on Bengali shows, movies, and web series. This platform was launched by SVF Entertainment Pvt Limited in 2017. They have content for both adults and children. They have recently added a new feature “English subtitles”, which means non-Bengalis can also enjoy Bengali movies with this subtitle feature. There are two subscription plans – Rs.599/- one screen plan for one year and Rs.899/- for the two-screen plan for one year.

9. Voot:- Voot is another Indian subscription video on-demand and over-the-top streaming service, owned by Viacom18, was launched in March 2016. Voot is one of the most popular OTT platforms in India. The platform is available for iOS, KaiOS and Android users. It also has a premium subscription called Voot Select that gives you access to Voot Originals, live channels, latest international shows,, ad-free experience and 24 hours before TV premieres of Color and MTV content. It has a single plan which costs Rs 299 per year as part of an offer Otherwise, it costs Rs 999 per year.

10. Sun NXT:- Sun NXT is another most popular OTT platforms in India, was launched in June 2017. It has run by Sun TV Network specially for South Indian content. It has content in six languages – Tamil, Telugu, Malayalam, Kannada, Bengali, Marathi. It has three subscription plans for its users on monthly, quarterly and yearly basis priced at Rs 50, Rs 130, Rs 490 respectively. Monthly and quarterly subscriptions will allow only 1 screen while annual subscription will allow 4 screens.

I hope you like the article “Top 10 Most Popular OTT Platforms in India 2022”. If “yes”, then please share this article with other people as well.